I seldom blog about my own books—I don’t know why, it just doesn’t happen. Maybe because they’re all listed on the sidebar here . . . 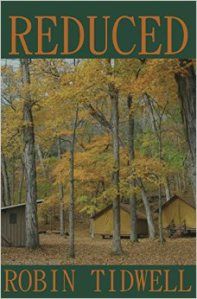 REDUCED: FREE on Kindle this week!

A devastating biological agent is about to be released, to be tested in remote areas. Rumor has it, though, that there is more to this than meets the eye. One group makes plans to hide out, and survive, in case that rumor proves to be truth. Meeting at an abandoned summer camp near St. Louis, Missouri, a dozen old friends gather after the alarm is raised.

Abby, like the rest, has special skills—each member of the group was chosen not only because of past ties, but also for their unique training and abilities. She will come face-to-face with death, bear the responsibility for a young girl, and endure the severing of childhood relationships in the most terrible way imaginable.

From mere concealment to reconnaissance to aiding a rebellion, where will it end? Will the entire region be decimated, and who will be left alive to know?

So yes, FREE! The second and third books, REUSED and RECYCLED, are available now, and the fourth, REPEAT, will be out in March!