We’ve all heard about “additives” in municipal water supplies, or lack thereof . . . Many people assume well water is perfectly safe. And most of it is.

When we rented a 200-year-old house on a cattle ranch in Texas, we had well water. It was kind of gray and smelled like sulphur. The owner told us it was perfectly fine water, that he’d been raised on it.

I shrugged it off until we were cleaning the place before we actually moved in. I added bleach to a bucket of that water, and it turned yellow. Pee yellow.

I was NOT drinking that water.

So we had bottled water for drinking and cooking. No one wanted to take a bath in it either, so the kids started showering instead. No big deal.

Fast forward to the farm.

The well here is located near the old house, the one we had torn down. I suspect it’s been in use since the early- to mid-1900s, but we have zero information about it. Last year, after closing, I ran a simple home test.

Everything came back negative. Good to know.

We’ve been using that well for everything, drinking, cooking, bathing, washing clothes and dishes. No problems.

I read an article in the local paper that said you should test your well annually, which made sense, especially during drought.

Then, a week or so later, I read you should test after periods of heavy rain.

We’d had both, so I bought another home water test.

It came back positive for bacteria. A 48-hour test, and the sample stayed purple (good) for 36+ hours, then turned yellow (bad).

I thought maybe it was a fluke, a bad test, or user error, so I ordered a two-pack of tests.

The first one was positive again, for bacteria.

This time, I called the health department. They said they had a kit and I could collect a sample, which would then be sent off to Jeff City, and I’d have results in a week to ten days. Then they said if we weren’t sick, it was no big deal.

At this point, I’m using bottled water for drinking and cooking.

I keep forgetting about teeth-brushing, though . . . oops.

I called the manufacturer of the test. We determined that maybe I should have put the sample in a dark place. Now, this wasn’t an issue before, but the gal said she’d send me another test, so I went ahead and used my last pack.

Kept it in the dark. Yellow after 36+ hours. Weird.

I called a well company. This is good on several levels:

We can do the last, we know how, theoretically, but my husband wants a professional the first time. And one of the things I learned during all this is that, before 1987, in Missouri, you weren’t required to report a new well. After that, the state has records of what company drilled it and how deep, etc., etc.

Also, this gives me a good idea of how much water we actually use. The common consensus is that you should have enough water on hand for any “duration” of one gallon per day per person.

This is crazy. For two of us, I’ve used at least that much per day just for cooking and drinking and prepping foods. Factor in working outdoors and washing hands often, not to mention showering, one gallon per person per day is the absolute minimum for survival—not for regular, daily activities.

So, the well guys finally got here yesterday afternoon. Mostly, the delay means that I don’t know for sure what’s in the water until tomorrow. Here’s what I learned:

The well was most likely put in in the late 60s, but could have been an extension of a hand-dug well going back a few decades or so.

The pump is about 20 years old, but everything is working just fine at the rate of about 7 gallons per minute.

They did replace a couple sections of pipe, and took the water sample first before everything was stirred up.

So now we wait. And while we do so, the front fence is progressing: 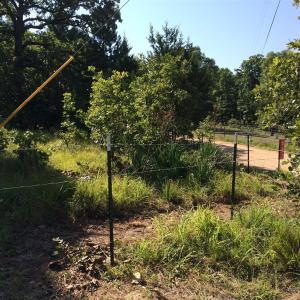 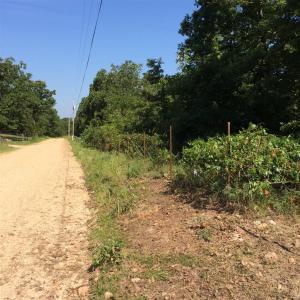